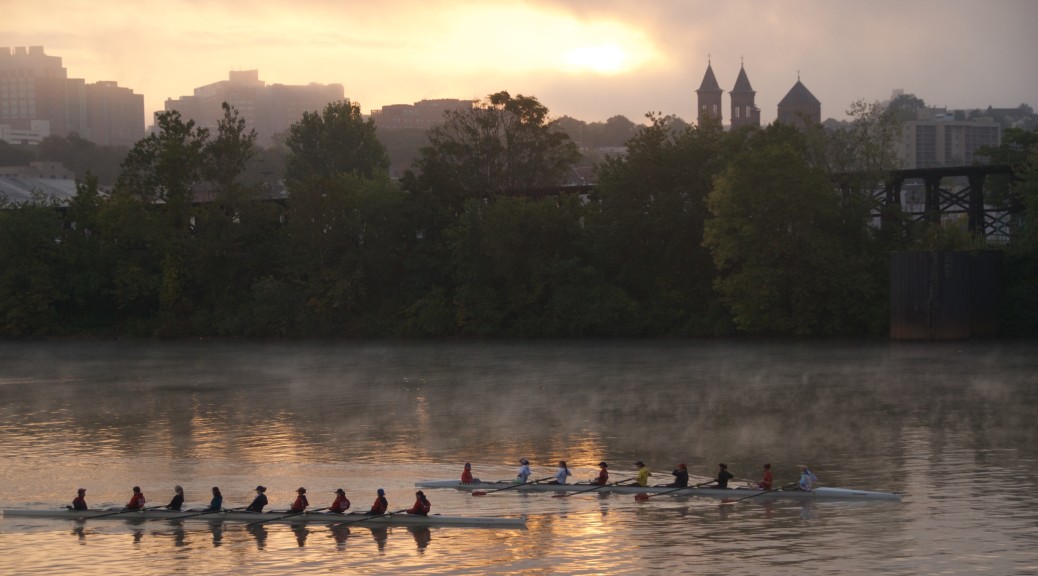 A place like no other in Pittsburgh Pennsylvania. Just imagine living on an island in the middle of the City with marinas, walking trails, nature at its best, sidewalks and City lights. Amazing views as the sun rises against the 31st Street Bridge. Glistening waters with early morning rowers swiftly gliding by. Midday walkers and bicyclists enjoying the trails. Evening sunsets and jewel-like City skyline views. A community of 88 homes on the one side of the island and commercial/retail space on the other. Three Rivers Rowing Association, Redfin Blue Restaurant, Washington’s Landing Marina and Tennis courts. Downtown Pittsburgh “resort living” on the Allegheny River with green space.

So many folks have found a love affair with Washington’s Landing. One such testimony is that of owners Kathy and Lou Testoni. Kathy and Lou decided the ‘big house’ was just too much work and they wanted to start a new chapter in their life.

“We began to investigate our options in moving from our home. Washington’s Landing became a top selection.  I am an active cyclist, and my wife is an active gardener.  Having the bike path literally in our back yard and having an environment that is in a park-like setting was a big draw to Washington’s Landing as well. Initially, we missed the old house, but after more than 4 months we have both stated we don’t miss it anymore.  It’s not better or worse than what we used to have, but it’s more conducive to the  lifestyle we were looking forward to in our ‘out-years’–less worry, more fun and way more relaxing.”

So many more stories of wonderful Washington’s Landing folks to be told and so many more for those who will find their new home on the island.

Just a little bit of heaven…waking up each day to nature, breathtaking views…come see what Washington’s Landing has in store for you…

Photos produced by Larry Kilian over the years, while living on the island. He is an accomplished photojournalist.
Buying, Neighborhoods, Pittsburgh, Selling